Tips from New Zealand grazing farmer and consultant, Vaughn Jones on how to keep your fence hot and your livestock in. By Vaughn Jones

Editor’s note: Noted New Zealand grazing farmer and consultant, Vaughn Jones, has been building and troubleshooting electric fences since 1954. Here he provides a checklist of advice and tips to solve one of the most common causes of fencing failure: Poor grounding — or “earthing” as they say “down under.”

For your fence to function correctly, your earth (ground) system must be perfect. But very few are, despite the instructions provided with most energizers. Also I’ve not seen an instruction book with complete details of how to achieve perfect earthing and completely trouble-free operation in all respects. So I’ll give all I know here:

Most farms seem to have earth systems which can’t cope with the flow of electrons coming back to it from fences with poor insulation, leakage into vegetation, and the occasional wire which breaks and touches the ground or touches a non-insulated wire. Energizers have become more powerful, but many ground systems and their recommendations have not kept up with them.

When the energiser (charger) earth system can’t handle the increased flow of electrons, they find other ways of getting back to the power supply earth system. Unfortunately they sometimes do this through the cows and milking machine, and through steel water pipes or the water in plastic pipes.

When the energiser earth system can’t absorb the increased flow of electrons from leakage, electrons find other ways of getting back to the power supply earth system. Energisers put out thousands of volts, and just one volt through the cow’s mouth or teats can upset her. Here are methods to follow to avoid that:

Doing all the above reduces the chances of clicks on your radio and telephone.

An inadequate earth system reduces the output of your energiser and increases the chances of shocks in milking parlors, yards and water troughs. It takes an expert with sensitive measuring equipment left connected for 24 hours and a recorder to check for shocks in parlors. There may be none during the day, but they can occur when heaters, cookers, etc., are switched on in the late afternoon.

Check your parlor twice a year and yards in many positions at the height of dry weather and the height of the wet period. See your energiser installation instructions for more details on installing it and an earth system.

A common problem is having energiser earth pipes behind the milking parlor. Leaked electrons (there are always some) flow from the farm under the yard and parlor when the soil is moist. But when it is dry, they look for easier routes, which can be across a moist yard and through parlor pipe work.

In wet weather, electrons can travel along the soil surface and through the parlor, especially after cows enter and pass their high mineral, highly conductive urine. This can cause electrons to even flow across the concrete surface and across pipe work, so affecting the cows.

A short or weeds conducting power off a live wire close to the parlor can result in electrons flowing through the parlor and/or yard because it is the shortest route, especially after cows enter and urinate. The above can occur even when the earth system is perfect, simply because the electrons are flowing to it via the best, shortest and fastest route.

To avoid this, earth systems should be in a damp area well to the side of the milking parlor, or even have earth pipes well to both sides, but never in line with the parlor. The earth leadout wire from the energiser should be insulated, and not allowed to touch any other wire, building or pipe.

Electrons can also move through water pipes, giving shocks to cows when drinking in a paddock, so no wires should be allowed to touch water troughs. Even if not electrified, they can conduct induced current. Cows standing around a full trough waiting to drink can be a sign of power deterring them from drinking.

Where conventional fences have a live wire running with them or as an offset wire, the conventional fence wires can absorb induced current (more so in damp conditions) and become electrified. So unelectrified wires must be earthed or they can build up a voltage which can:

Earthing these conventional fence lines is easy because being induced power, it is of low joules (energy or power). All they need is a piece of soft galvanized wire wrapped around all dead wires at the strainer posts and pushed into the soil. These will need replacing when they rust at ground level.

Shocks in sheds and water troughs have cost some farmers small fortunes in lost production over several years, until the problem was identified. New Zealand manufacturers discourage grounding the fence circuit though the earth or ground terminal of the charger to the utility (power supply) grounding system because it is illegal in many countries and can cause shocks in all directions including in your shower. The power supply ground is usually just a metre deep rod. A modern high power New Zealand energizer needs ten to twenty times more.

Keep these in mind when you build fence:

The thought of 5,000 volt fences on farms near cities could be frightening to townies, but thousands of human contacts occur annually with nothing more than discomfort. However, care should be taken to avoid contact through the head because it is very uncomfortable. Young children and elderly people should be kept away from even low powered fences.

Electrified fences in any position where the public could come in contact with them must be clearly marked with approved warning signs at frequent enough intervals so as to be easily seen.

It is an offence to operate any appliance which causes any electronic interference, so points to note include:

You might find this difficult. Having changes in the fence to under-gate cable reduces the length of “aerial” electric fence wire. It is long lengths of electric fence wire parallel with long lengths of telephone or similar wires which cause the problem which can grow as the fences are extended over time. The closer they are the more the induction. The break causing the spark and interference can then be on the induced wire.

Radio interference is worse in poor reception areas, and if the radio is not tuned exactly on the station. Telephone systems are not always perfect.

The long distances of electric fencing now used increase the chance of a lightning strike, so an effective protective system should be used. Lightning often hits the power supply line and goes through the energizer to its earth system blowing its fuse or components. The power (utility) supply earth system should be good enough to attract the lightning rather than have it go through the energizer to its earth.

The solid state digital volt meter is important for fault finding and for testing the earth system. It enables accurate reading of the voltage and easy fault finding, because of its extreme accuracy.

Start by going to the first switch (these must be installed along fence lines to save going back to the energizer to switch it off for repairs and for fault finding) and see if the voltage before the switch increases after opening the switch to stop current flow down the farm.

If the voltage increases then go to the next switch. If not check the fence between the switch and the energizer. Neon fence testers are also available, but of no use for finding small leaks or earth system faults. Many are bought and not used for long before buying a digital volt meter.

Electric or power fencing helps make animal farming profitable and sustainable, so the effort required to achieve the above suggestions is well worthwhile. If installation is good and monitoring is done, the labour required is less than with any other system and the profit is greater.

If you have problems, read all the above again. There is a lot to take in, but once you understand it, it becomes second nature.

Take pride in your fencing and enjoy your animals.

Whether you are setting up an electric fence or have had your electric fence set up for a while there are common mistakes and changes… Share this:Click to print (Opens… 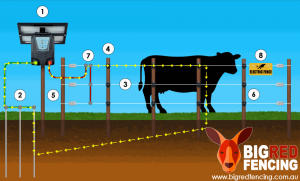 What is an electric fence and how do they work?

The Definition of an electric fence. An electric fence, for the purposes of animal control is by definition: A controlling device called an energiser or… Share this:Click to print (Opens… 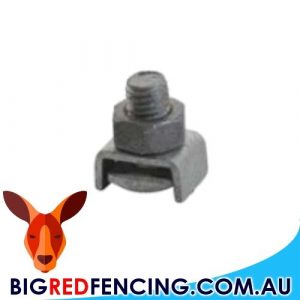 How do you join electric fence polywires and tapes?

Sometimes electric fence wires and tapes break. There are a few solutions from short term to a permanent fix. To quickly join polywire or polytape… Share this:Click to print (Opens… 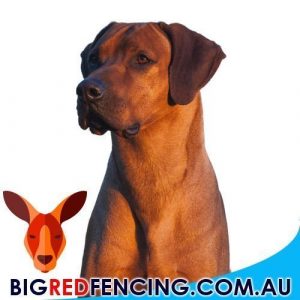 How to set up an electric fence for dogs and pets.

Common containment fences for dogs and pets There are 3 common ways to set up a barrier or electric fence for dogs or other pets.… Share this:Click to print (Opens… 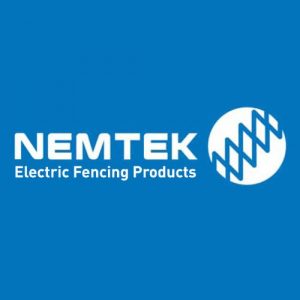 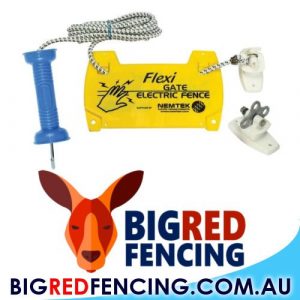 Select the fields to be shown. Others will be hidden. Drag and drop to rearrange the order.
Compare